See how we exposed and prepped our original shiplap walls to make ready for paint. This was a very tedious process, but extremely rewarding.

“I wish we could find a house with original ship! Wouldn’t that be glorious?” Oh the words of a very naive woman. I did not realize how much prep work would go into exposing shiplap walls, nor did my husband. My husband wanted to make my antique farmhouse loving dreams come true, so when he pointed out the shiplap he discovered behind our paneled walls, he thought he would go down in history as the most spectacular husband ever. It was a week into our shiplap discovery when we realized how far up shit creek we were, definitely without a paddle and almost without a boat. At this point we were in it for the long hall! Read below for how to expose and prep shiplap walls in your home. Learn from us on what did and didn’t work.

the Exposing and prep work begins

Behind this lovely 1970’s wood paneling was a plethora of original shiplap. We discovered every wall on the old side of our house had it. You can see the blog I wrote HERE about us finding the shiplap.

In order to expose the shiplap we had to remove the paneling first. Each panel was nailed and glued very well into place. The people who installed it definitely did not want it ever coming down.

First we had to remove all the crown molding and trim. Then we started prying the seams apart where the panels came together. We found remnants of old cheese cloth and tack nails, which leads us to believe there was wallpaper up at some point. The amount of tack nails still in the wall was quite a slight. There was a ton!

After we thought we removed all nails, we used a belt sander we purchased from Harbor Freight with 80 and 50 grit sandpaper to sand the walls. We were hoping this would sand down the glue, grab the strings of cheese cloth and level some of the uneven shiplap boards. Let me let you in on a secret….this step was a big time fail!

The shiplap boards ended up being so uneven that the belt sander would only touch the highest points. The 80 grit sandpaper was no match for the three decade old glue that held the wood panels in place. We switched to 50 grit and that still did little to nothing.

On top of the sandpaper having little to no impact, the belts kept getting caught on the tack nails that still remained. Even though they looked as if they were laying flat, those little suckers would grab ahold of the sanding belts and shred them in half.

We needed to figure something else out since our first attempt at sanding was a big fail. After a bit of brainstorming, my husband thought of heating up the glue with a heat gun and scrapping it off. We went back to Harbor Freight to buy a heat gun, grabbed our putty knives and crossed out fingers!

Hallelujah! This technique worked like a charm. The glue heated up perfectly and plopped off with ease. The little pieces of cloth that were stick under the glue and nails burnt up and fell right off. The smell for this process was horrible though.

Since the stubborn glue was removed, we had one last step to do before we could sand. Now was time to remove all the little tack nails that covered the walls. There was an obscene amount too!

We bought a nail punch kit, which did absolutely nothing since the heads of the nails were too large to be sunk into the wood. We could not find small enough nail puller that would fit under the nail heads either. So the only doable solution was to use a thin flat head screw driver and needle nose pliers.

From our room alone I removed one plum full venti sized Starbucks iced coffee cup! My hands ached but I did it. I wasn’t able to removal all the nails, however, I got the majority of them.

Now that the glue and nails were gone we could sand and make pretty the shiplap. We used a palm and an orbital sander with 60 grit.

This was a definite workout for the arms. It was messy and I got some kind of infection in my sinuses, but by golly it got done! Later we found a way to hook the shop vac to the sanders for a much cleaner sanding process.

Lastly it was time to fill all the millions of nail holes that were in the walls. We used this DAP Plastic Wood Filler.

I highly recommend this wood filler. It is easy to use, dries quick and sands smooth.

Each of us took an area of wall and started to fill in the holes. There were a few knot holes in the shiplap that we had to first plug before doing a final sand, but I will write another entire step by step post about that.

After filling the holes, then sanding, we could see how beautiful these original walls were. All the time and effort was very well worth it.

THAT’S A WRAP ON HOW TO EXPOSE AND PREP SHIPLAP WALLS! Or at least how we did it. 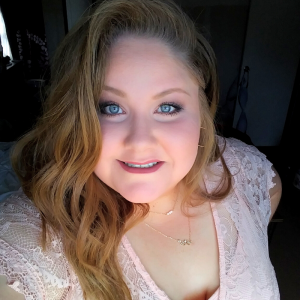 Hey there! I’m Kasandra. I’m a mother of two handsome boys, a wife to a great man, a lover of animals and all things beautiful, a writer by choice and a die-hard country girl by birth.

Here on Country Life Charm, you will find our journey through revamping and bringing back the old charm to our pre 1950s built Texas farmhouse, as well as all kinds of DIY projects for the home and homestead, recipes that are easy to cook and a look into our little homestead, all while being mindful that money doesn’t grow on trees.

Take a look HERE to read more about me!

Stay up to date!

Sign up to get farmhouse renovation updates, DIY projects for the home and homestead, easy recipes and the latest from our homestead.